Who We Are
News
Events
Contacts
Hanuman

Hanuman is the king of monkeys, son of the Wind and a queen monkey. He is absorbed in meditation, a loud noise awakens him. What is it? According to the teaching of yoga he performs a lymphatic drainage to clean the lymphatic vessels and thus have a deeper meditation. The noise persists and becomes deafening. At first he attributed that noise to the clash between the mountains. Once the mountains had wings and it often happened that they bumped into each other.

Now it is no longer so because Indra, the leader of the gods, has cut the wings of the mountains and has fixed them to the ground. Hanuman himself, briefly taking the form of Indra, shows us this moment. Since it is not the mountains that cause such noise, Hanuman heads for the sound source to understand the origin of so much noise. He sees a man, a sort of Indian Hercules entering the forest uproots and cutting down trees.

He approaches and recognizes Bhima, his younger brother (Hanuman and Bhima are half-brothers, both sons of the Wind, but not of the same mother). He decides to put his strength to the test and teach him the truth. Hanuman turns into an old monkey and hampers the path of Bhima, with the aim of imparting to his half-brother a moral lesson: “To overcome the obstacles of life you have to use the strength of the heart and not violence”.

The show is preceded by a brief introduction on the world of Kathakali, “total” art (a combination of theater, dance, music, song, make-up and costume) and the explanation of the story that will be danced. Viewers will have the opportunity to watch the trick before the show. Duration of makeup 3 hours, duration of dressing 1 hour.

Duration: 35 minutes plus initial introduction on the Kathakali and the story represented. 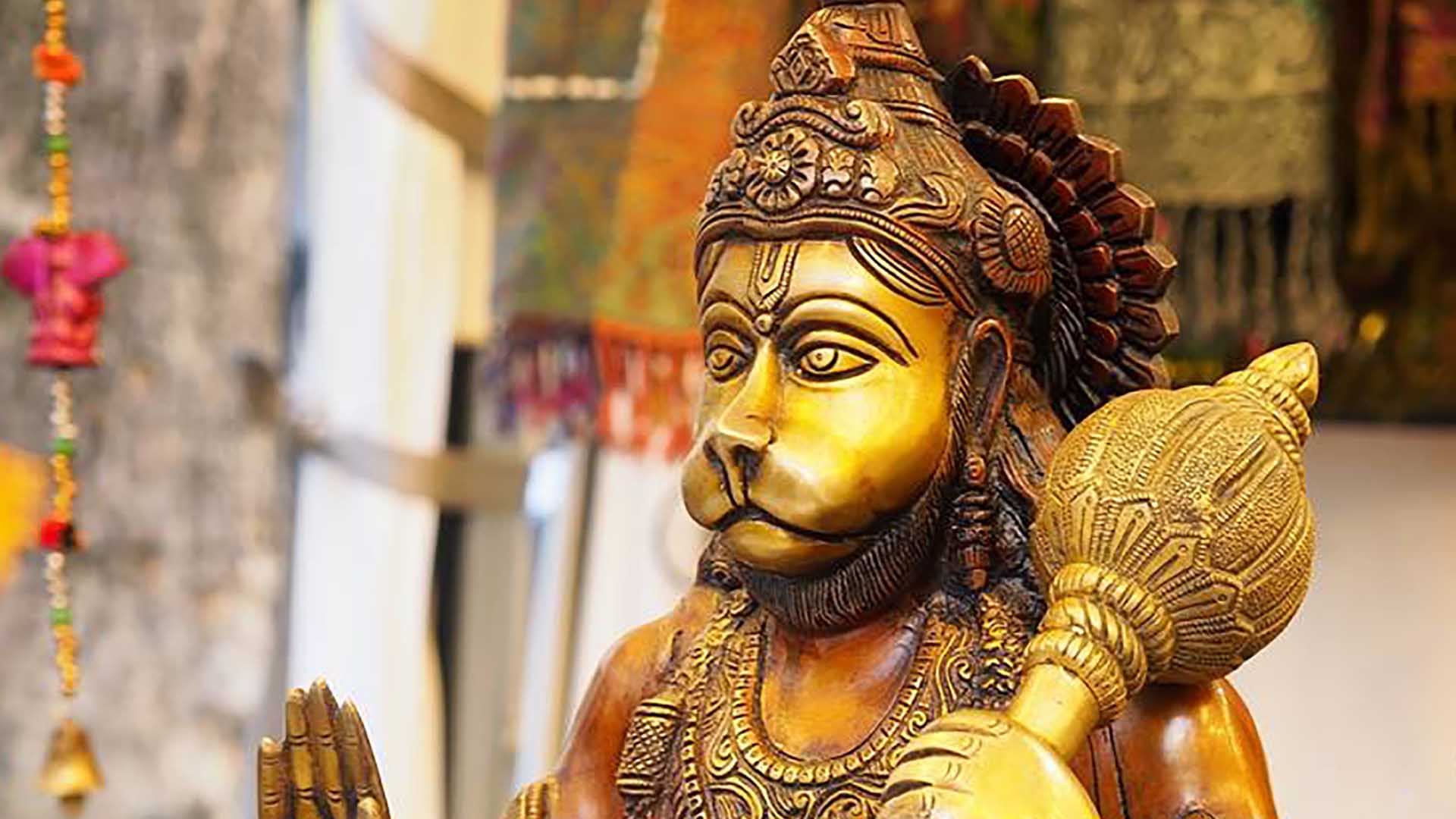