Who We Are
News
Events
Contacts
Parashurama

Janaka, king of Mithila, decides to marry his daughter Sita to the man who after lifting the heavy bow of Shiva will fix the rope. From every city come brave warriors and princes eager to challenge themselves in the enterprise. Despite numerous attempts they can not even move the bow. Arriving at Mithila Rama, son of Dasaratha, after meeting Sita and after being struck by the beauty of the girl, he asks to be able to see the bow of Shiva. King Janaka repeats to Rama the offer already announced to many before him. Rama not only manages to lift the bow, but in an attempt to fix the rope, he bends it so forcefully that with a deafening roar it breaks. Janaka grants her daughter Sita to Rama. The newlyweds start in the parade.

It is at this point that our story begins. Parashurama, wise warrior, great devotee of Shiva, sixth avat?ra of Vishnu, is absorbed in meditation. Awakened by the loud roar, he sees a wedding procession in the distance and recognizes, among the participants in the parade, the person responsible for breaking the Shiva arch. Parashurama, the divine incarnation that twenty-one times has killed the kshatriya race (those who have royal power), prevents the procession from advancing and displaying in various facets the anger through insults, curses and gestures that make visible the contempt towards of Rama and his father Dasaratha. Despite repeated calls for calm and moderation, Parashurama continues to rail against the person responsible for breaking the Shiva’s bow, even going so far as to hit the old king with a kick.

Our fragment ends by showing Parashurama in this crescendo of anger. But how will the story end? After patiently enduring the insults and curses, when Parashurama hits the old King with a kick, Rama in turn unleashes all his wrath, showing the sign that reveals him as avat?ra of Vishnu. Parashurama is forced to calm down and beg forgiveness.

Developments of the Project

Parashurama, warrior and sage, is also the creator of the Kalarippayattu, an ancient Indian martial art, which strongly influenced Kathakali. The Theater of the Tree began a collaboration with Sankar Lal Sivasankaran Nair (Master of Kalarippayattu at the Grotowski Institute, Wroclaw, Poland) to build a demonstration show focused on the connection between Kathakali and Kalarippayattu. 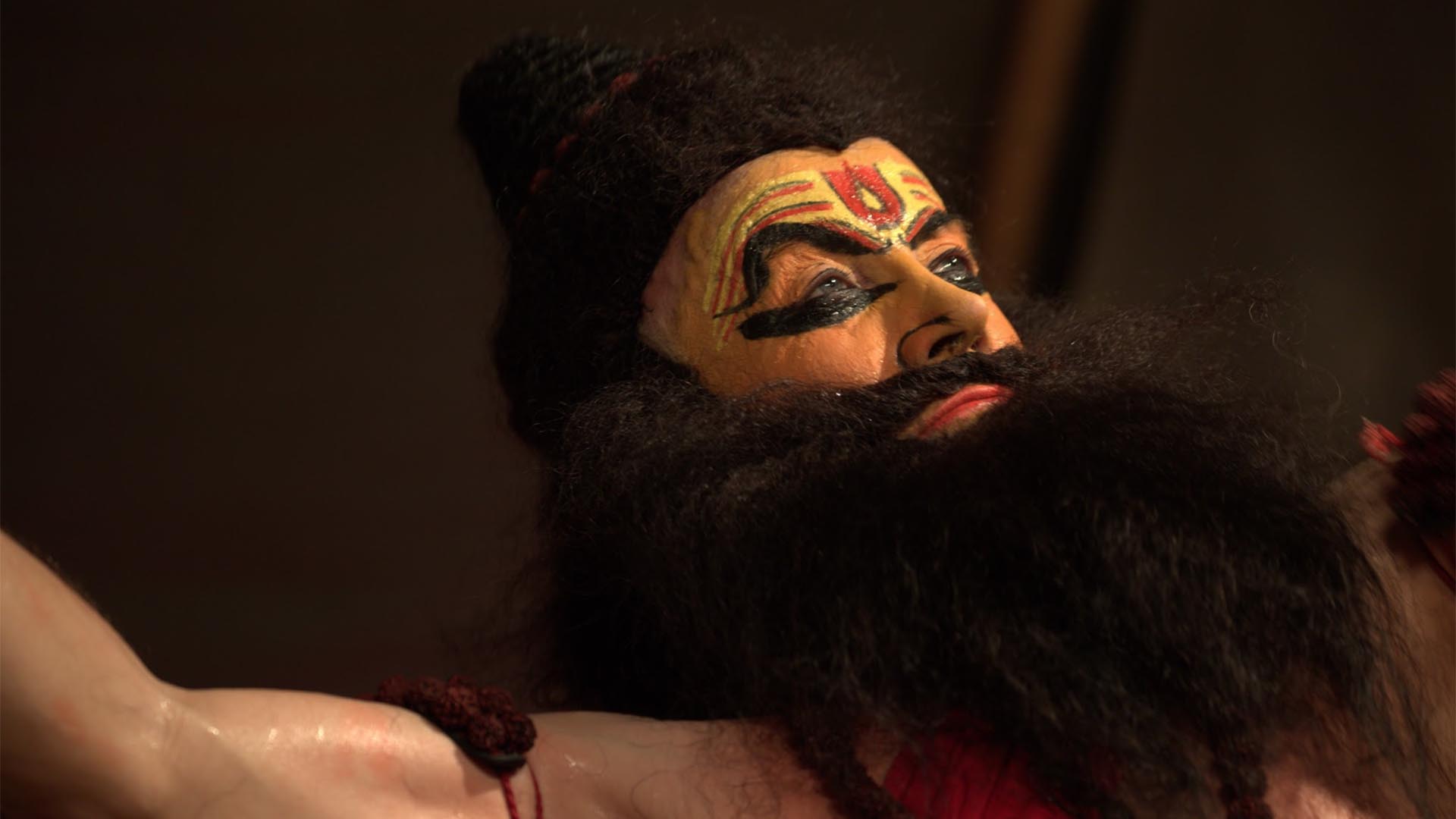